On Sunday, 53,000 runners participated in the NYC marathon! With yesterday being Marathon Monday, my Facebook feed was filled with lots of NYC marathon photos and stories. I spent a lot of time enjoying the pictures of many of my running friends.

As I was still browsing through my friend's photos and posts this morning, some of
my marathon photos popped up from my FB memories from 2015.

The first photo was taken very early (like 5 am!) on the morning of November 1, 2015, near Central Park in NYC. I was waiting to board my team bus for the ride to Staten Island to wait for the start of the New York City Marathon. 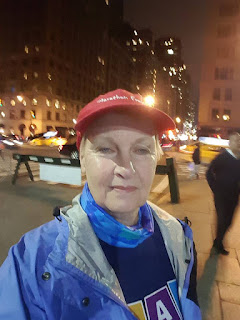 The next photos were taken while excitedly waiting for the start of the marathon! 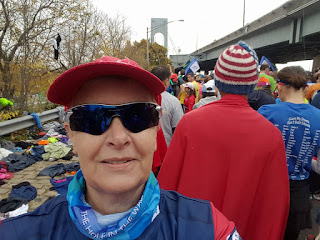 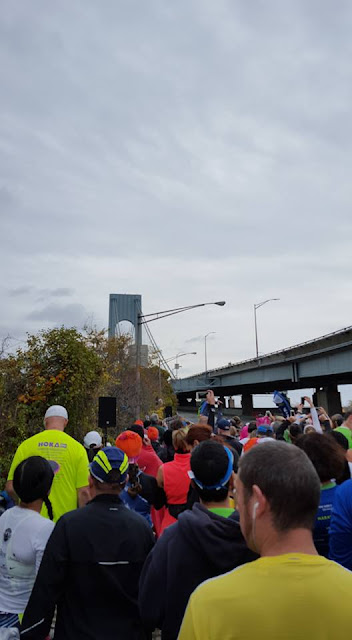 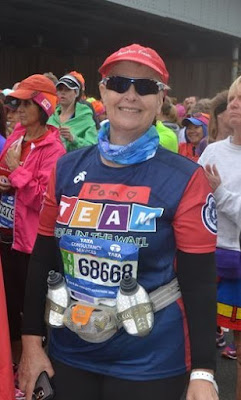 Since we are talking marathons, let me say that a considerable part of what has made running marathons (and shorter races) so special for me over the years has been running them in support of an amazing Camp. The Hole in the Wall Gang Camp.

The Hole in the Wall Gang Camp was founded in 1988 by Paul Newman to give every child – no matter their illness – the chance to “raise a little hell.” Through a variety of year-round programs offered onsite, in hospitals and clinics, and right in camper homes and communities, we serve more than 20,000 seriously ill children and family members each year.

While living in Connecticut, Camp became not only a passion of mine but of other Robbin's family members as well!


Alex ran her first half marathon in The Hamptons, and raised money for Camp for her 16th Birthday! I also ran the Hamptons Half, but she finished WAY ahead of me! In fact, Alex came in first in her age group!! She later ran other races, including another half marathon for HITWGC! 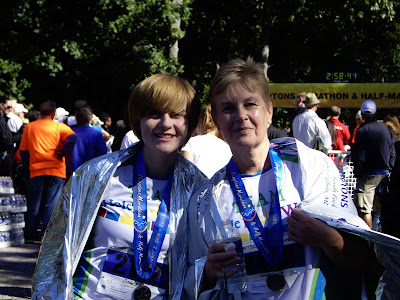 Conor decided to run his first 5k for Camp! He informed us afterward that it was fun, but he didn't think he would want to do it again! 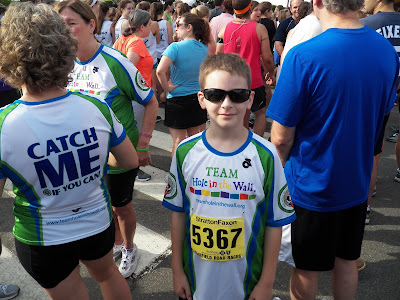 I was so proud of Conor and Alex for running and fundraising for the kids! 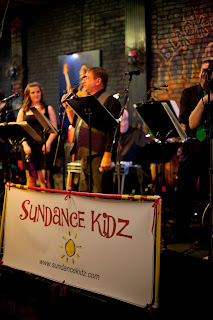 Hubby Ray definitely showed his support of me and my fundraising efforts, also! At my request, he put together a fantastic band, Sundance Kidz, and did fundraisers for Camp! These guys put so much time, energy, and love into some entertaining events for the kids! We raised a lot of $$$$ for the kids! Oh, and the band was fabulous!! 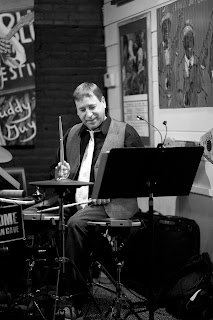 And now, my son Nick is planning to run his first marathon for Camp! Nick lives in Boston and has done a few 5k's, and a couple of 10k's over the years, but he has never done long-distance running. Football was his thing! He started playing at age 6 and played all through high school and college. He also played other sports over the years but was never really into running. He has recently started running though, has lost weight, and is ready to start on this new adventure into marathoning! I was brought to tears when he told me what he was planning!

Prior to my mother's battle with cancer, she ran marathons and raised money for The Hole in the Wall Gang Camp. It's a camp started by Paul Newman that is for kids battling cancer and other serious illnesses. It gives kids a chance to have fun and be kids during the toughest battle of their lives. Since my mother's last day of chemo she has been talking about wanting to run marathons for this camp, but she hasn't been able to train like she used to. This past weekend I was able to finally talk Pamela McCurry Robbins out of running another marathon... I just had to assure her that there would be a Robbins running for The Hole in the Wall Gang Camp next year. #WelcomeToMyNextChapter #TheBigAppleDoesntFallFarFromTheTree #NYC2020 #TimeToTrain #FundraisingBeginsJanuary2020


I jokingly told Ray that Nick has always worried about me running marathons, and I guess this proves that he will do anything to keep me from signing up for another one!! I won't go into all of the reasons for the worry, but the time I almost died from hyponatremia after receiving my medal is definitely on that list! And now, there are the lingering health issues from going through breast cancer and the subsequent treatments that I guess might be cause for concern.

Anyway, all I can say is that I am so proud of Nick on so many levels for making this decision! He has had a very rough year, and for him to make this commitment now, just shows me how strong and compassionate he is. I can't wait to see him cross that finish line in NYC in 2020!!


But just to clarify, I haven't given up on running myself. I have simply given myself permission to focus on my overall health. I am concentrating on becoming a runner again. Period. Not a marathoner. A runner.

PS. Nick, I know I can contribute a lot of tips and advice to help you with your marathon training.

Tip #1- Do not attempt to run a marathon with just under eight miles as your longest run during training.

For today's post, I have linked up to KookyRunner and Zenaida for Tuesday Topics! Check out their posts! 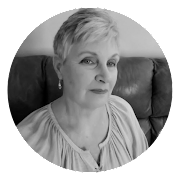